An event every week that begins at 7:00pm on Monday, Friday and Saturday, repeating until December 8, 2019

An event every week that begins at 7:00pm on Friday and Saturday, repeating until December 15, 2019 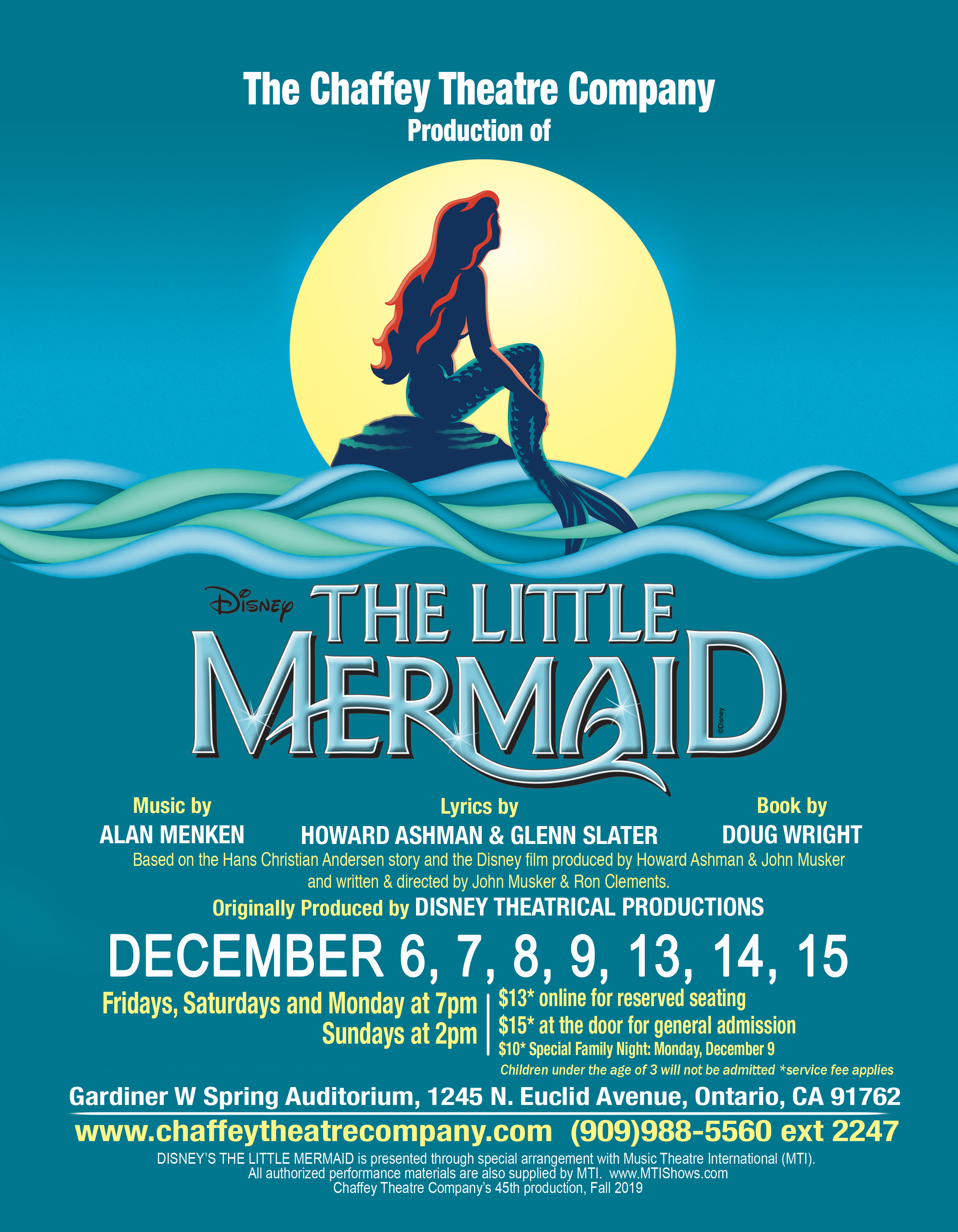 Disney’s memorable stage production The Little Mermaid is slated to appear at Chaffey High School in their multi-millon dollar newly renovated spectacular, historic 1750 seat Gardiner W Spring Auditorium. The lavish production will be fully staged on Fridays, Saturdays and Sundays, Dec. 6 through Sunday, Dec. 15.
Tickets are $13, if reserved in advance online and $15 at the door.  The weeknight shows are at 7 PM and the Sunday matinees are at 2 PM.
Ariel and her undersea friends will frolic in the surf for one special reduced priced show for families on Monday, December 9, all seats $10,
Children under the age of 3 will not be admitted. All entering must have a ticket-no lap seating allowed.
The Little Mermaid swam to the big screen in a 1989 American animated film produced by Disney and like the upcoming live-action film soon to be released nationwide is loosely based on the 1836 Hans Christian Anderson fairy tale. The animated film won two Academy Awards; for Best Song (“Under the Sea”) and for Best Original Score.  The Broadway stage adaptation of the animated film began performances on Broadway in January of 2008.
​
The musical stage version centers on Ariel, the youngest daughter of King Triton, who is dissatisfied with life in the sea. She longs to be with the humans above the surface, so she meets Ursula, the Sea Witch, to strike a deal that will turn her into a human; Ursula has bigger plans for this little mermaid and her father.
+ Google Calendar+ iCal Export