An event every week that begins at 12:00pm on Sunday, Thursday, Friday and Saturday, repeating until March 17, 2019 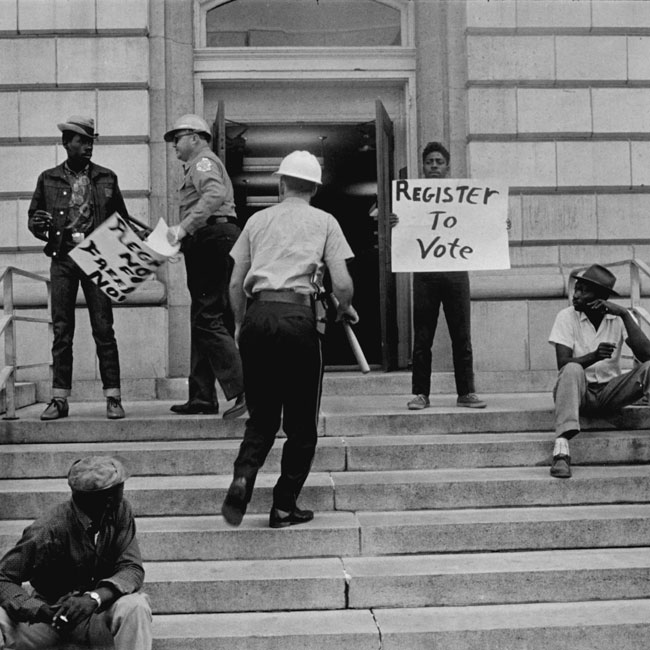 Thursday, January 31, 2019 to Sunday, March 17, 2019
Based upon Danny Lyon’s memoir, this exhibit brings together the photographs he took from 1962 to 1964 while traveling through the United States documenting the Civil Rights Movement. Lyon began his photographic career as the first staff photographer for the Student Nonviolent Coordinating Committee (SNCC), a national group of college students who joined together in 1960 after the first sit-in by four African American college students at a North Carolina lunch counter. Organized by art2art Circulating Exhibitions. For more information call, (909) 395-2510.